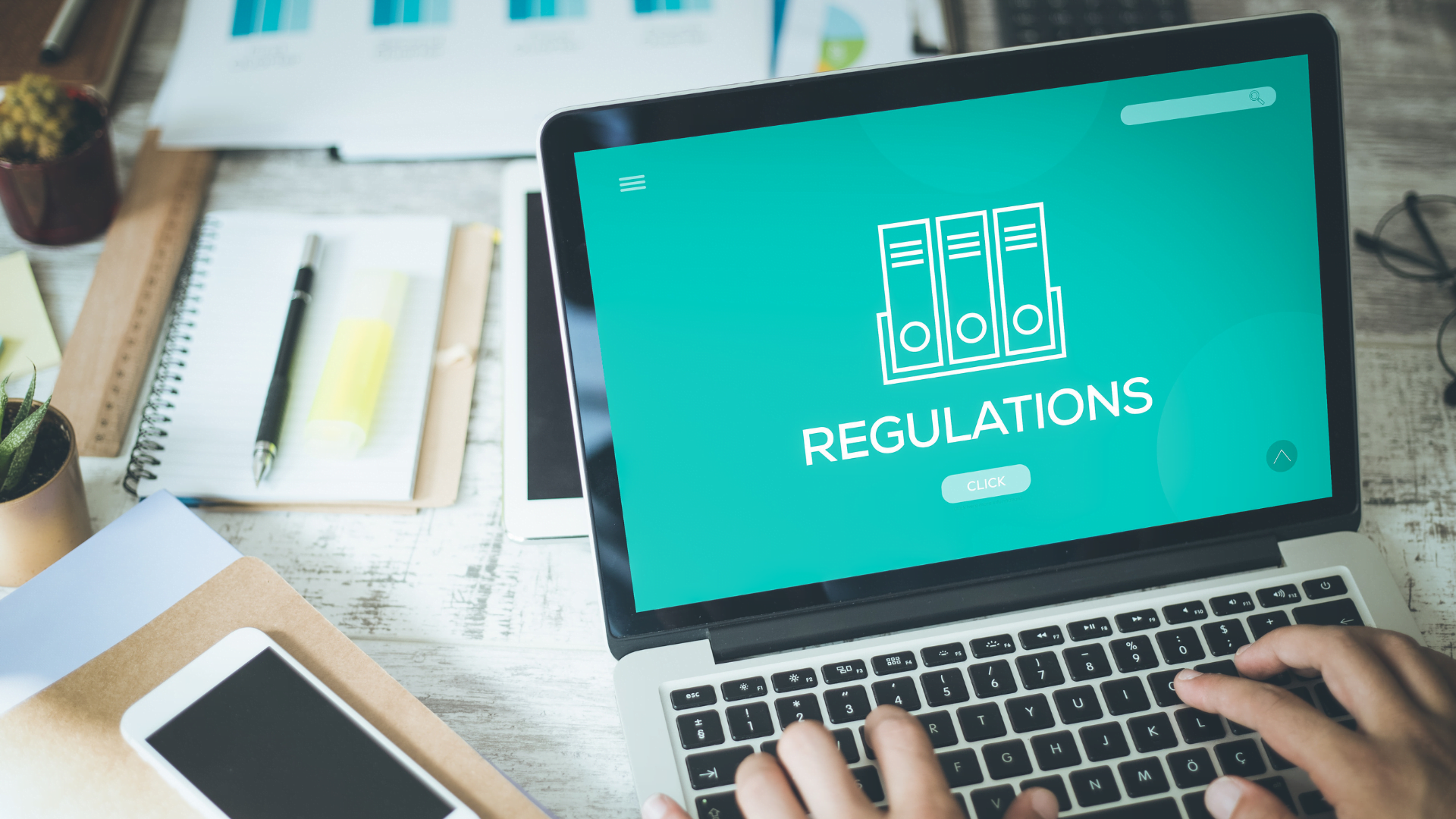 Tech Industry Acquisitions and Competition: Counterpoints to an Incomplete FTC Study and Legislation that Relies on It. Part 1. Tech Merger and Acquisition (M&A) Activity Fuels Expansion and Innovation Across Many Industries

A substantial weakness of the FTC 2019 study referenced above is that it lacked one or more “control groups” to compare to GAFAM. Fundamentally, if the FTC’s hypothesis is that the M&A behavior of GAFAM firms is extraordinary and requires novel regulation, then GAFAM’s acquisitions should be directly compared to acquisitions by similar “peer” firms. Conversely, if the M&A behavior of GAFAM firms does not substantially differ from that of peer firms, that would constitute evidence against the hypothesis that GAFAM’s M&A activities merit specific regulatory changes, and reject the premise that GAFAM acquisitions provide a basis for a radical overhaul of U.S. merger-review policies.

Thus, in order to understand GAFAM’s M&A in the proper context, in a series of two reports we examined technology acquisitions over the period of 2010-2020 – a comparable timespan to the FTC study – but instead of focusing only on five firms, we analyzed the M&A activities of all publicly-listed North American companies as well as several GAFAM “peer groups,” including: Leading non-GAFAM firms operating in the digital space; leading non-GAFAM acquirers of technology companies; and leading private equity (PE) firms. (Academic pre-prints of this research are available here and here.)

When the M&A behavior of GAFAM is compared to that of these different groups of firms, the reports demonstrate that GAFAM acquisitions are not particularly unusual, do not have the characteristics of so-called “killer acquisitions,” do not create so-called “kill zones,” and that they are emblematic of broader technological trends in which acquisitions of technology companies are symptoms of more intense competition and the increase in overlaps between firms’ offerings. These findings directly counter the conclusion that GAFAM acquisitions predominantly reduce competition, and thus challenge the assumptions underlying policy proposals for overhauling the merger review process, and for specifically targeting technology markets.

Specifically, together the two reports find:

Technology companies are acquired by firms from all sectors of the economy. Over the period 2010-2020, for instance, acquirers from the Services and Supply Chain sectors completed 5,720 acquisitions, in comparison to 4,903 acquisitions by firms in the Information sector over the same time period.

The vast majority of acquired tech companies offer products and services that fall outside the acquiring firm’s core area of business.

There is a positive link between a public firm’s likelihood to engage in technology M&A and the amount of competition the firm faces from other public firms at the time of M&A. In other words, tech M&A is associated with firms that face more intense competition in their home markets from other incumbent public firms.

These results suggest that public companies that acquire technology companies are motivated to expand through M&A into new technology and business areas because they face increased competition in their core areas.

Acquiring relatively young tech startups is a common practice, particularly by firms in the Information sector.

Using a technology categorization from Standard & Poor’s, when the ages of acquired firms are normalized based on the average age of all firms operating in their technology category, GAFAM is not significantly different from other top technology firms in acquiring relatively younger companies.

According to a dataset compiled by Standard & Poor’s, out of the 41,796 majority-control acquisitions of technology companies operating in the Information, Communications and Energy Technologies (ICET) space during 2010-2020, GAFAM acquired 595, accounting for less than 1.5%.

On a per-firm basis, some top technology acquirers, including private equity companies and other non-GAFAM firms, have matched or exceeded GAFAM in their volume of majority- control acquisitions per year since 2018.

Utilizing a technology categorization from Standard & Poor’s, the analysis finds that GAFAM and other top technology acquirers increasingly compete with each other across categories over 2010-2020. Moreover, competition within GAFAM has steadily increased over this time period as well.

The analysis finds that GAFAM acquiring in a technology area is positively correlated with other firms also entering the area via M&A. These findings go counter to antitrust theories such as kill zones. For the kill zone theory to hold insofar as the M&A context, GAFAM’s acquisitions should deter competitors from acquiring in the same technology and business areas; however, rather than deter competition, relatively more new competitors acquire in the areas where GAFAM acquired than in other areas where GAFAM did not acquire. This suggests that in a tech area may in fact increase following a GAFAM acquisition.

GAFAM primarily acquires tech companies in order to expand into new areas beyond their core businesses. Moreover, in comparison to other groups of top technology acquirers during 2010-2020, percentage-wise, GAFAM acquisitions were the least concentrated around the acquirer’s core business area, with the vast majority of GAFAM acquisitions branching into new technology categories.

The additional context and findings provided by these reports calls for a reevaluation of policymakers’ assumptions about GAFAM acquisitions of technology companies. In particular, these findings suggest that technology acquisitions are a symptom of healthy competition and of competitors’ need to bolster their offerings by expanding into new technological areas in order to offer additional features, products, and services. 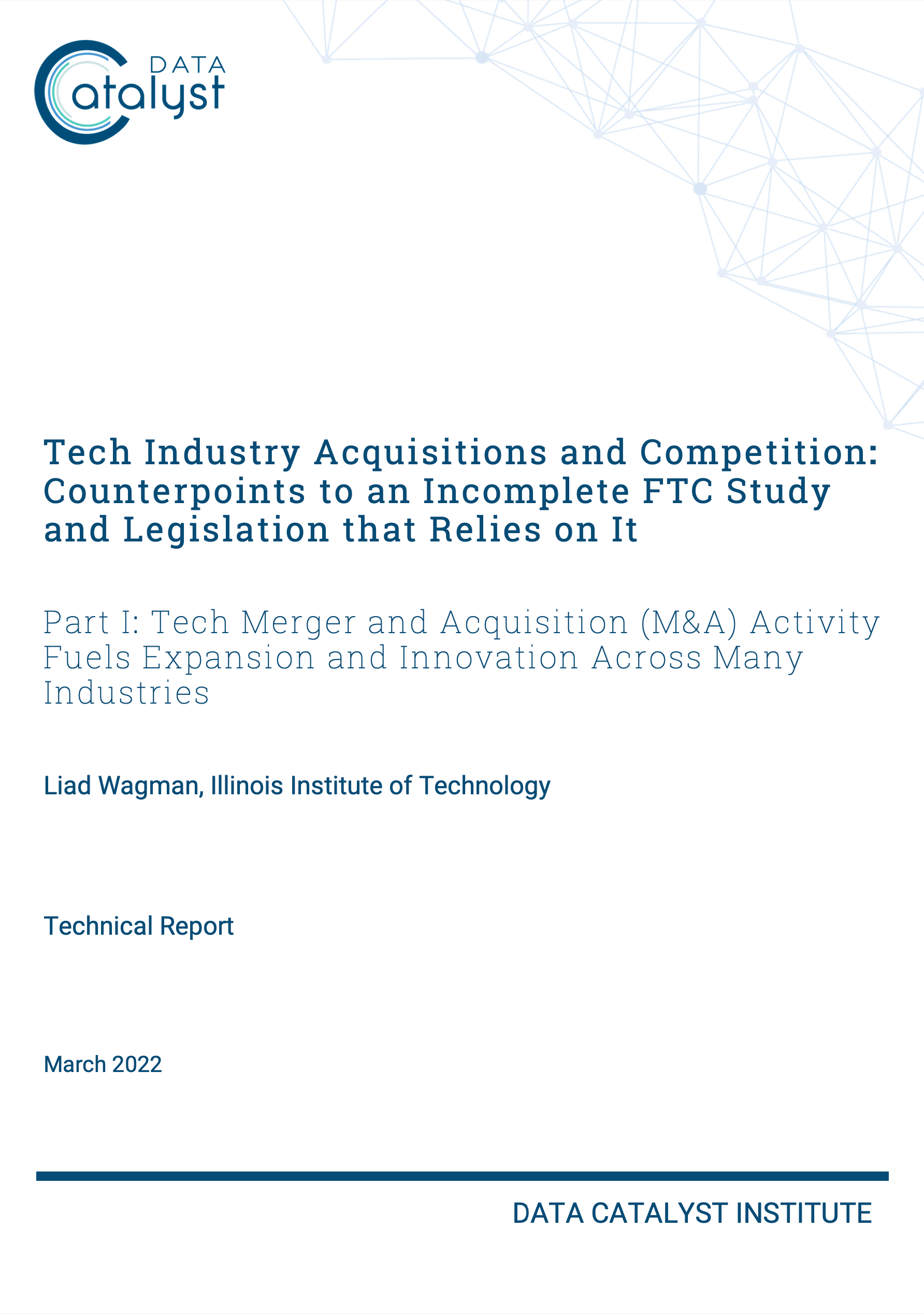 Tech Industry Acquisitions and Competition: Counterpoints to an Incomplete FTC Study and Legislation that Relies on It - Part 1: Tech Merger and Acquisition (M&A) Activity Fuels Expansion and Innovation Across Many Industries