Shocking the System: The Economic Impact of Software Developer Kits

Despite the well-established practice of utilizing software development kits (SDKs) in the app ecosystem, how much economic value or consumer surplus is being generated by such technology releases has been elusive. Using an expansive dataset of iOS and Android app market activities, this paper identifies robust positive effects of SDK releases on app development, which in turn increase smartphone sales. In addition, evidence is presented that SDK releases may increase early-stage startup funding, as well as high-tech employment. The findings further indicate that billions of dollars in consumer surplus are generated annually from mobile app ecosystems. Altogether, the results in this paper illustrate how dynamic smartphone and app ecosystems have been, with signs of significant economic benefits to both consumers and the broader markets.

More specifically, the analysis indicates that a positive ‘shock’ to SDK releases (e.g., major annual releases of hardware and software), as measured by a one standard deviation rise in quarterly SDKs released, appears to be associated with a rise in the number of new apps created of more than 38% for iOS apps, and over 100% for Android apps, over the next few years from the date of such platform technology shocks. In addition, a similar shock to SDK releases appears to be associated with increases in early-stage startup financing of almost 200% across platforms over the next four years, and in employment in a relevant industry sector (NAICS Code 518, “Data Processing, Hosting, and Related Services”) of over 30% over the next six years. 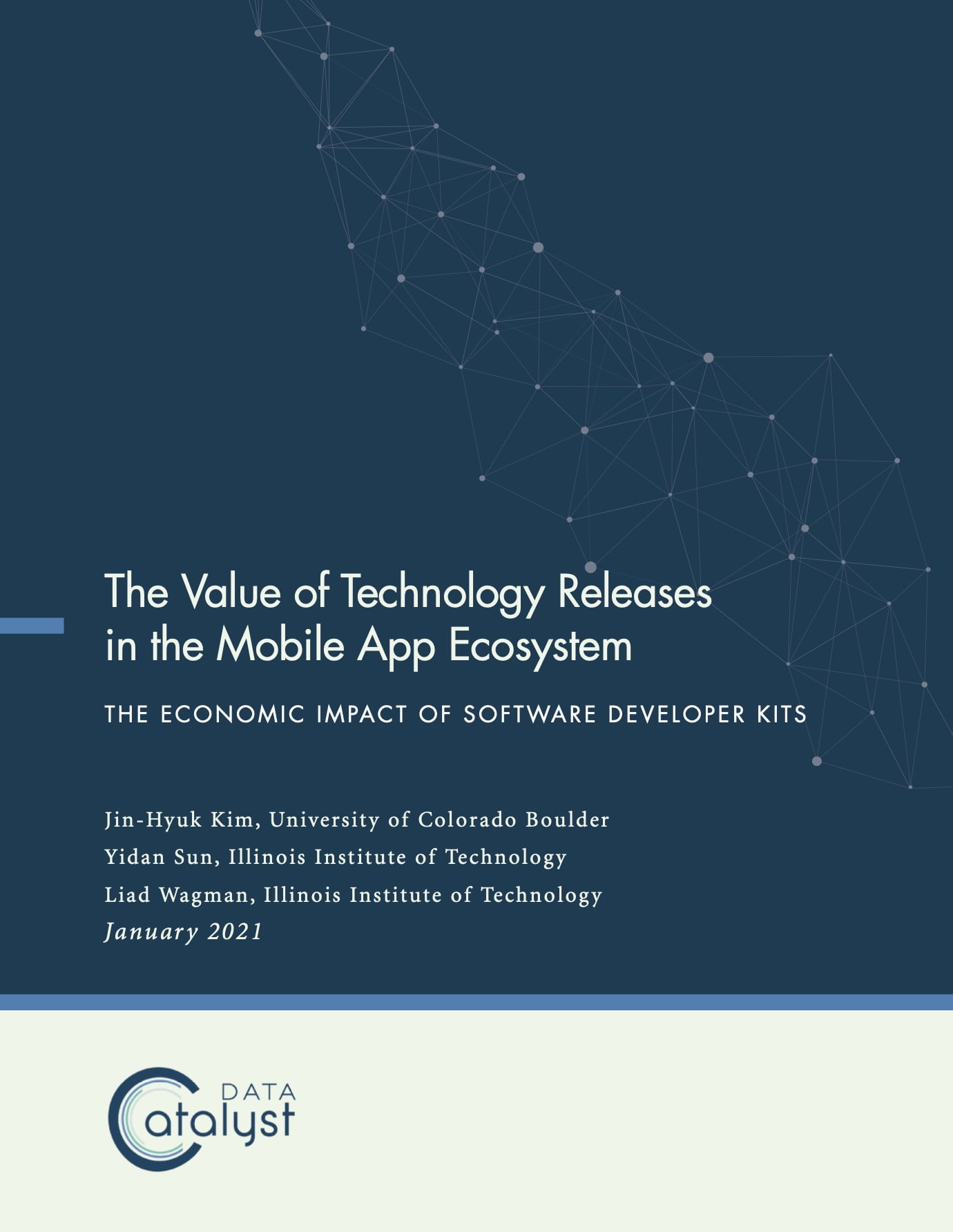 The Value of Technology Releases in the Mobile App Ecosystem