Data nationalism — defined loosely as the effort by nation-states to ensure control over data for a range of normative and security-based reasons — is on the rise, with a rash of data localization requirements enacted in Russia, India, China, and elsewhere. Even in the U.S., Senator Josh Hawley recently introduced legislation that would require Russian and Chinese-owned companies to store data about Americans in America. The EU, meanwhile, has imposed its own set of transfer restrictions on data, designed to protect the privacy of EU citizens and residents. These are complex moves motivated by a range of different nationalistic, security-based, and economic goals — with potentially profound, and at times unintended, economic, security, and geopolitical costs as well.

This paper details, breaks down, and analyzes the trends in favor of data nationalism. It details the various reasons that states engage in various efforts to exert national control over data — some for surveillance and access reasons, some to push particular data protection and privacy regimes, and some to control the kind of information that flows through one’s borders and/or about one’s citizens and residents. It provides a typology and analysis of the various forms of control, details the costs that arise, and ends with a discussion of some of the efforts at pushback. 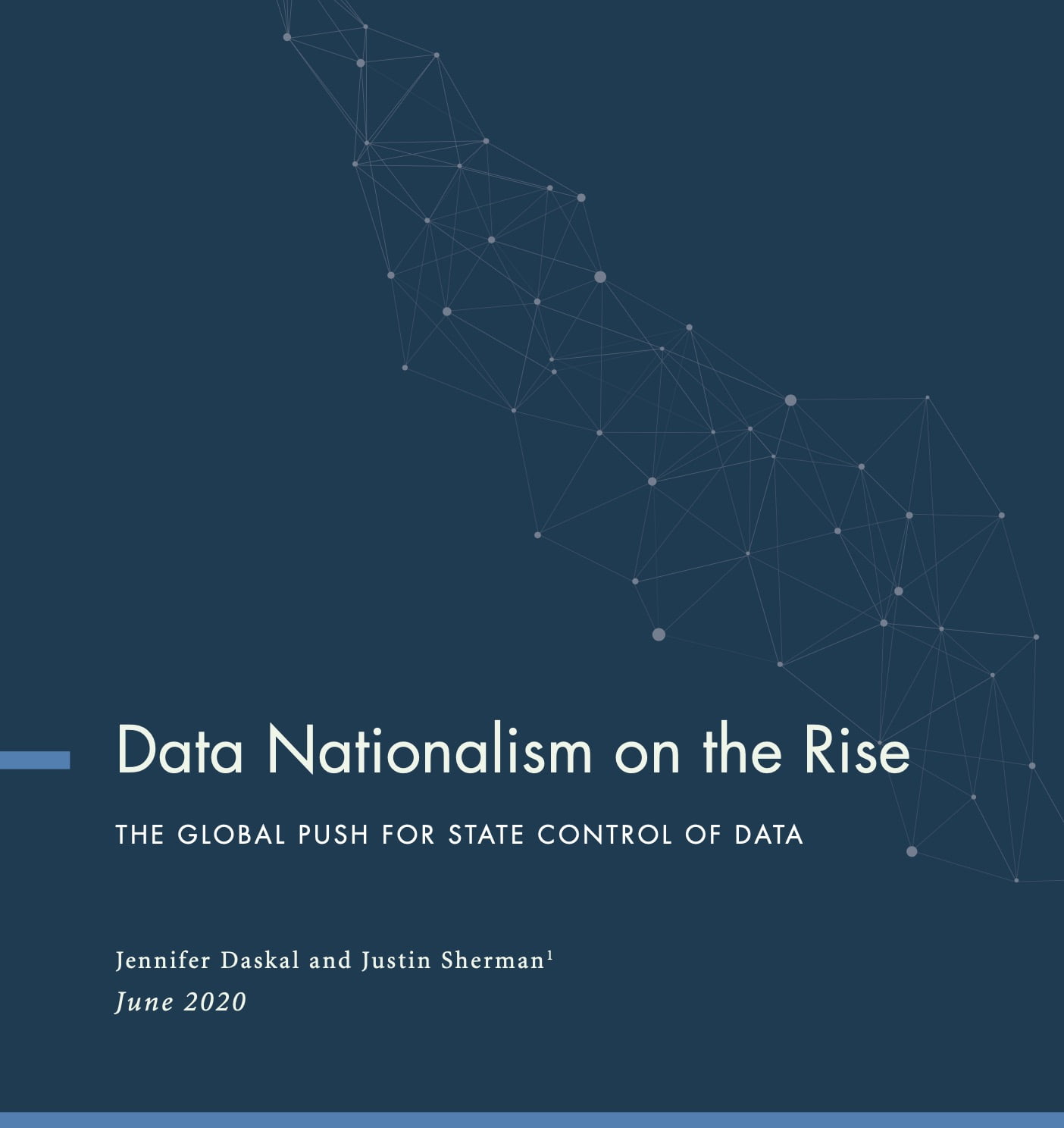 Data Nationalism on the Rise