Today’s U.S. mass-market cars are increasingly “smart,” with on-board wireless data connectivity that provides a range of services. Many of these so-called “connected cars” also carry a growing number of external cameras that record video and images of their surroundings, potentially including pedestrians, cyclists, other drivers, and nearby license plates. If these cars were programmed to aggregate data in a central database about the time and location that individuals and license plates were observed, they would collectively form a constant, rolling mass surveillance network with potentially millions of participating vehicles.

In the absence of national legislation establishing the rights and responsibilities around the ownership and privacy of connected car data, the legal prohibitions against this type of use are unclear. This paper examines the current thinking about data ownership and privacy in relation to connected cars, plus their potential use as mobile surveillance platforms. It examines several scenarios in detail and concludes with a discussion of potential actions by policymakers and industry to respond. 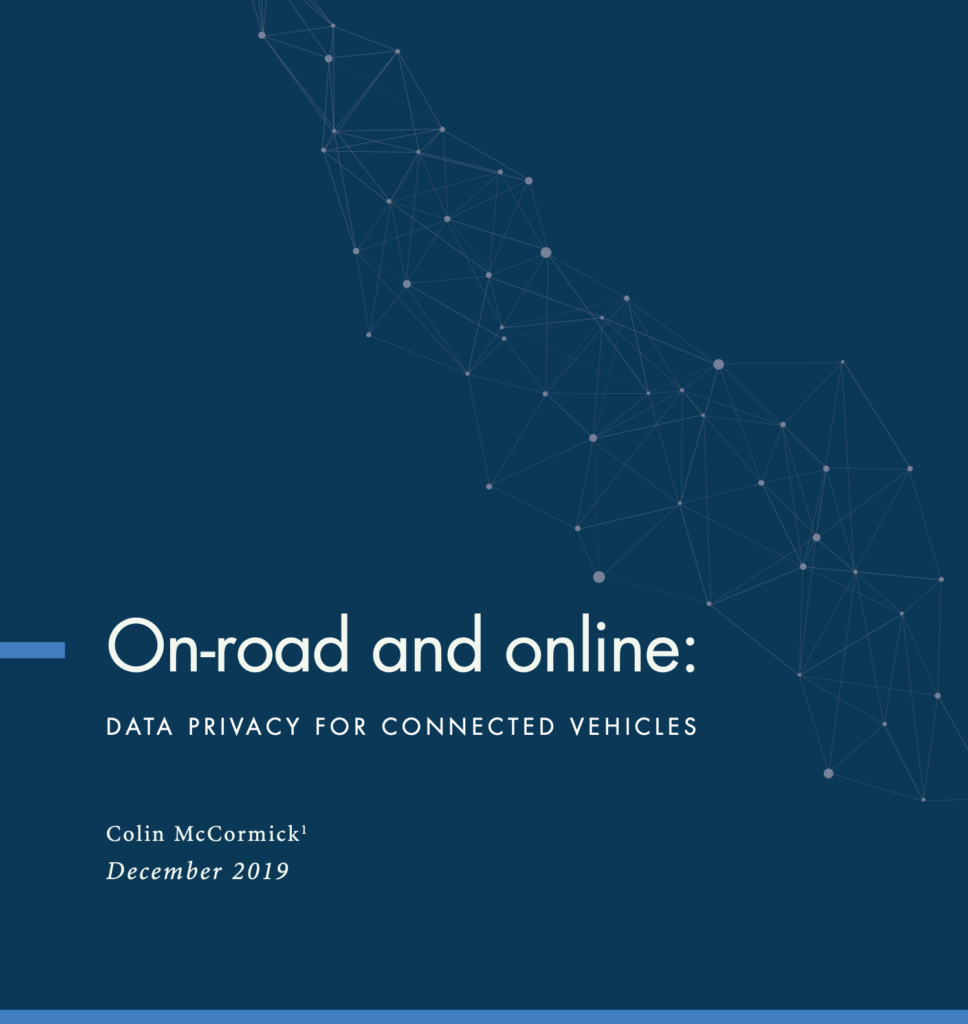